In May 2011, it was discovered that the Applied Companies were planning to build two residential towers, known as the Monarch at Shipyard, on the dilapidated piers adjacent to the Hudson Tea Buildings. The initial issue for my fellow Hudson Tea Building residents and I was the loss of both a neighboring open space and our views but what keeps the entire Hoboken community fighting is a broken promise. In the late 1990s, Applied committed to putting a public amenity on that site in exchange for the right to build significant, for-profit, residential and commercial buildings in Hoboken. Instead, they reneged on that promise, exploiting legal loopholes for their own financial gain.

Opposition to the Monarch at Shipyard development has received unanimous support within Hoboken. Since the beginning, I have been leading the public opposition effort.  I directed the opposition on behalf of the Hudson Tea Building Condominium Association, participating in the five complaints that are currently being litigated. I engaged residents to actively participate in public meetings with excellent results: approximately 200 people attended each of the July 2012 Hoboken Planning Board meeting and the October 2014 Special Meeting of the Hudson County Board of Chosen Freeholders. At the latter, we received the unprecedented second denial of the Monarch application, which has since been reversed. To keep the public informed, I co-founded Hoboken Residents for a Public Waterfront and regularly submit Letters to the Editor to the Hoboken Reporter to educate residents on the issue. Links are below. 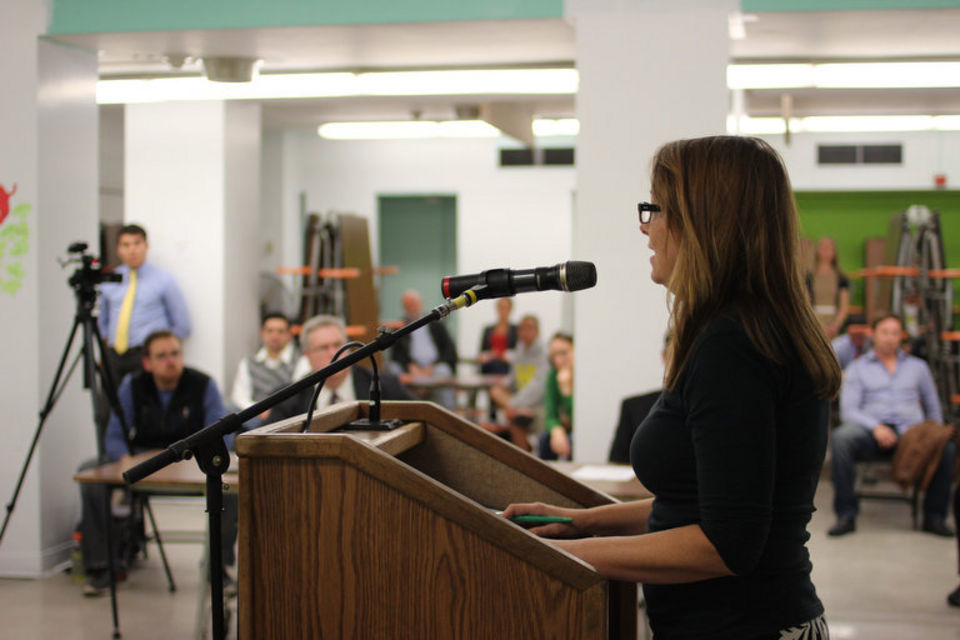 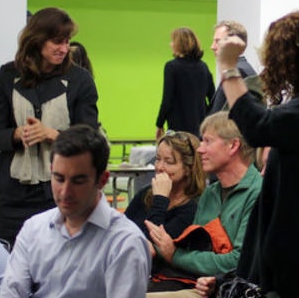 I was honored to be appointed by the City Council as a 2nd alternate Commissioner on the Zoning Board of Adjustment (ZBA)
in January 2014 and re-appointed in January 2015 for a two-year term.  This role has allowed me to consider complex development/redevelopment decisions for Hoboken while protecting the long-term interests of the community and balancing private and public concerns. I draw on my significant professional experience within real estate to provide an important perspective and understanding, an analytic approach to dig deeper for the best answers within the framework of municipal land law and arguably outdated zoning ordinances, and be a willing team member who values the input of others to make sure the best decision is rendered and the best of Hoboken is captured. 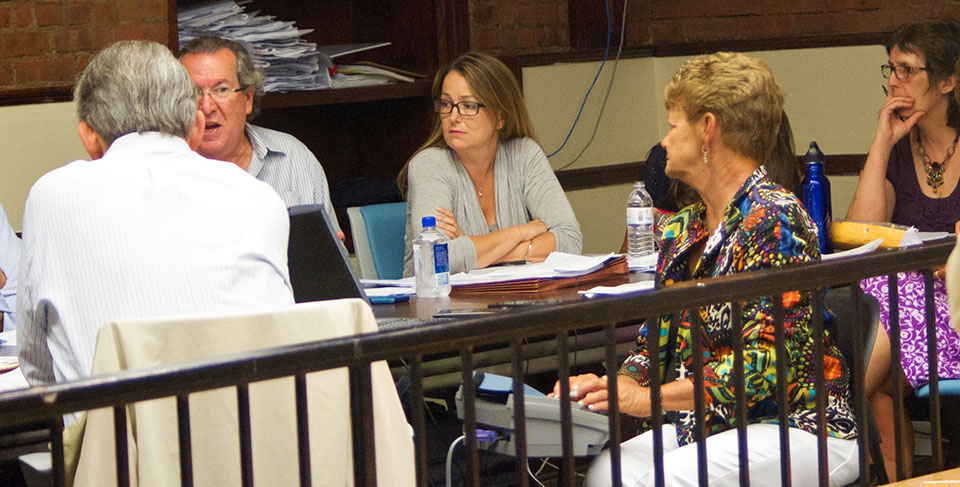 Tiffanie with fellow Zoning Board of Adjustment commissioners

More voices are better.  You will hear me say that often.  This stop sign is a testament to that statement.  After hearing about the issue at several condominium board meetings, I encouraged my Hudson Tea Building neighbors to attend a Hoboken Planning Board meeting in March 2014 for the proposed (now under construction) building at 1400 Hudson Street to officially voice their concerns about safety on 15th street.  That night about 15-20 of my neighbors joined me, and Councilman Ravi Bhalla who was on the planning board at the time, heard us.  And that was the start.  The letter to the editor I wrote below to the Hudson Reporter walks you through what happened next.  The result is in the picture.  More voices are better. 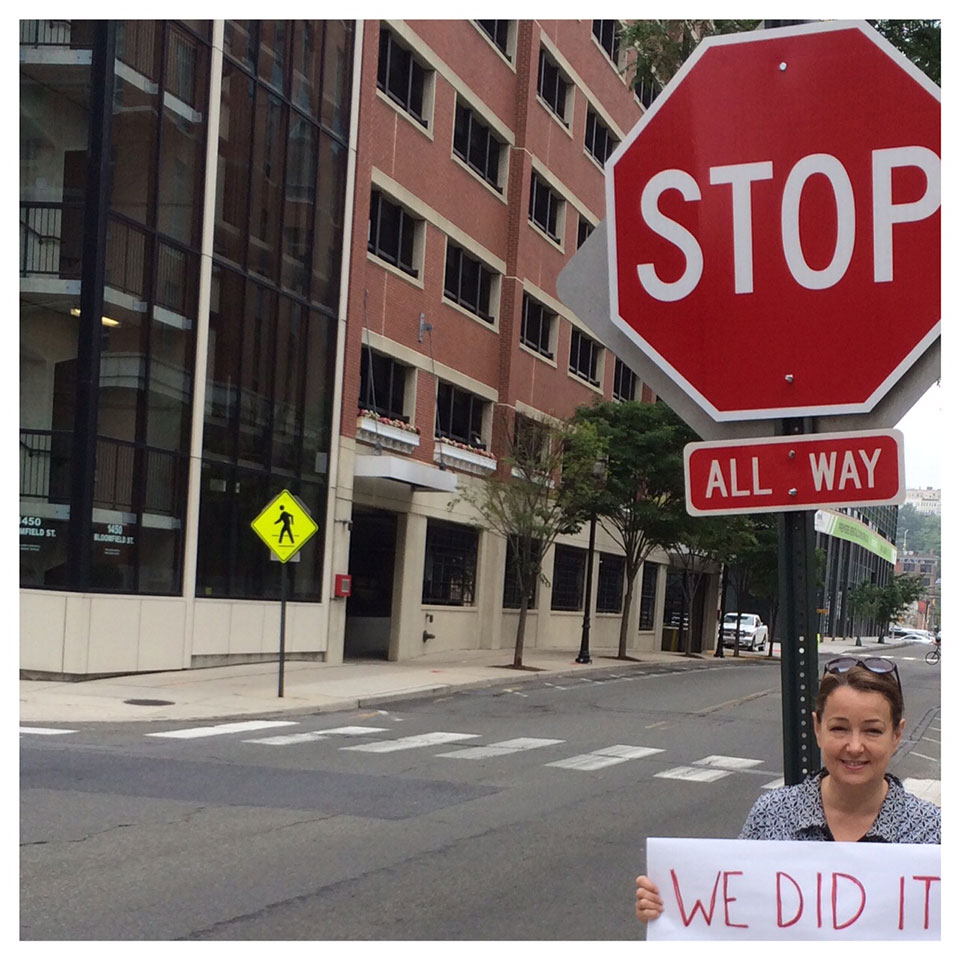 Tiffanie on June 15th 2015, the day the stop signs at the 15th & Bloomfield Streets intersection were installed