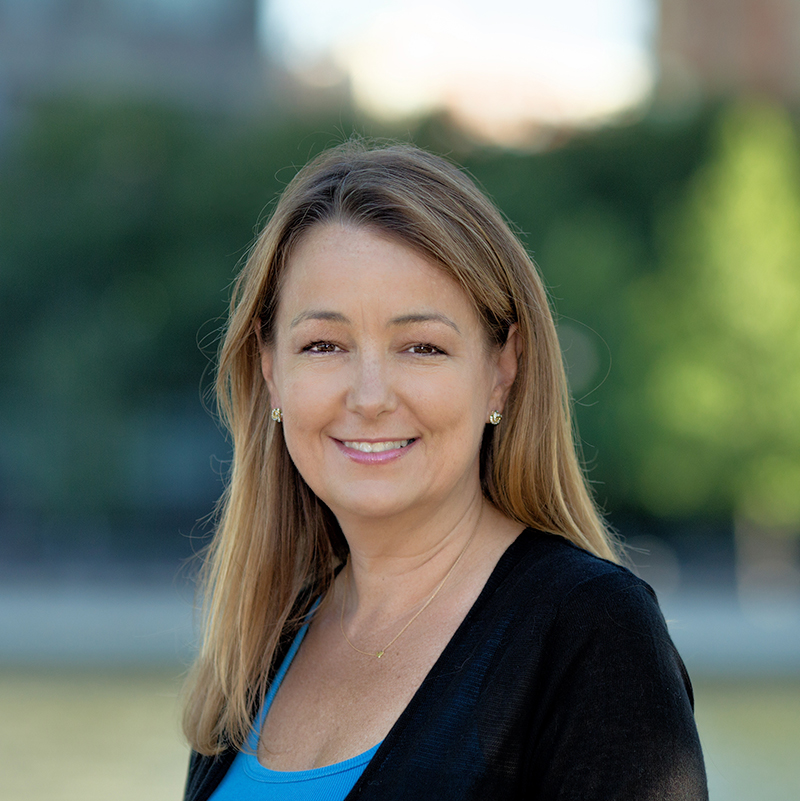 Tiffanie Fisher was sworn in as the 2nd Ward Councilwoman on January 1st, 2016.  She moved to Hoboken in July, 1994 to work in New York City upon graduating from the University of Minnesota with her MBA in Finance and Strategic Management.  She lived in each of the 1st, 3rd and 4th wards until she moved to the 2nd ward in 2000 where she has lived, except for a few years abroad, to this day.

Tiffanie has a 23-year career in commercial real estate finance, with her most recent position as the CFO of Brixmor Property Group (from which she resigned in 2013), the second largest shopping center company in the US.  Her prior roles include positions in banking, private equity and other real estate and development companies. Click here for her LinkedIn profile.

Tiffanie became increasingly involved in her community, advocating for pedestrian safety issues in her neighborhood and against the proposed Monarch Project, the latter which led her to co-found Hoboken Residents for a Public Waterfront.  She was appointed to the Zoning Board of Adjustment in 2013 where she leveraged her long term residency and her professional background to ensure that Hoboken’s neighborhoods were not unfairly impacted by the significant development pressure that the City faced.  This combined experience and her growing interest in public service led her to run for office in 2015.

As a Councilwoman, Tiffanie has focused on: bringing a holistic and strategic approach to community planning that encompasses all aspects of safety, economic development and quality of life; for the City to have the right tools to assess and agree all economic arrangements so the benefits to Hoboken far outweigh the costs; finding ways to protect our economically and culturally diverse population that is the very fabric of our community.

But at the core of all of her efforts, is her passion to ensure that all voices are heard and that the public is fully engaged on all issues that are important to them.